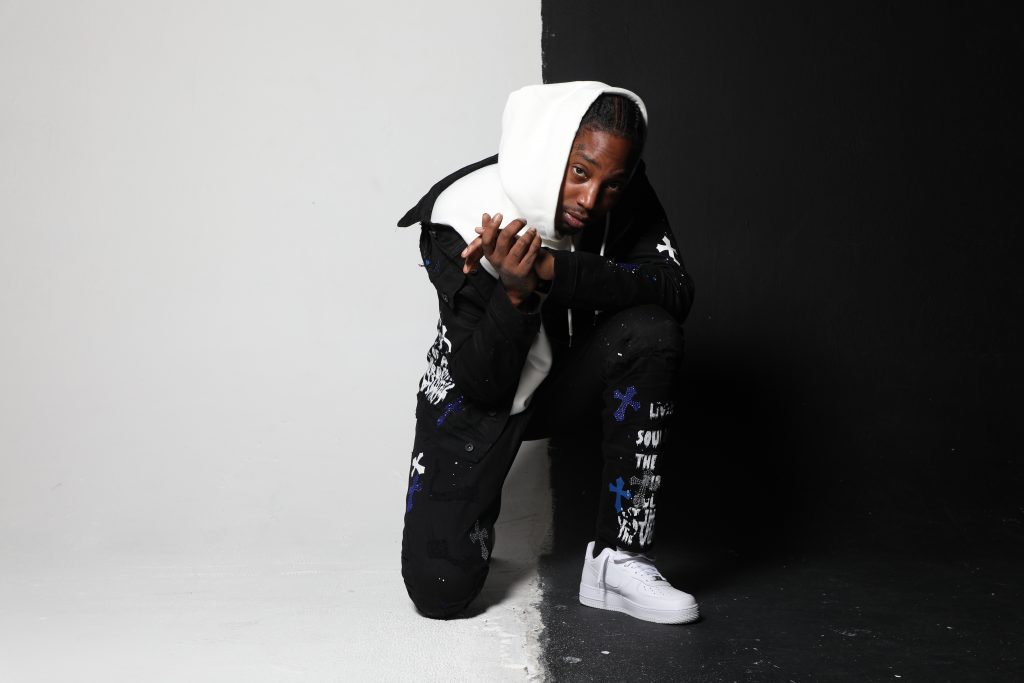 Sidney Breedlove has been building a reputation for doing things differently; from the time he started as a 17-year-old young rapper, his music style has seen an upward projection not only in melody but also in lyrics. He no longer rides on popular waves for the sake of it like he used to. He wants to build a long-lasting and boundary-busting career and that is why he allows his style of rap music to carry the impact of resonance and that ethereal lasting impression on the listeners. He exemplifies conscious rap music from head to toe. When you subscribe to his listening channel, you are lyrically taken through real-life reflective music that allows you to meditate heavily on your own life. Apart from that, he also carries the mojo and swag of an entertaining stage performer!

While growing up with his grandparents and mother who influenced so much of his choices including his music career, he leveraged every opportunity life afforded him including going to an Atlanta-based music program where he honed his skills in music production, arrangement, mixing, and mastering. He has thus been persistently taking the imperative lessons all in and is what is about to propel him to greater heights where he will be flying with the eagles.

2018 was one of his most devastating years which saw him lose his mentors, support system, and most important family- it was the year his grandmother and mom passed away! I am sure that they are now somewhere peaceful and couldn’t be more proud of the gentleman and accomplished artist Sidney Breedlove is turning out to be!

With his uncanny ability to bring more intimate nuances to rap music while ingraining his personal experiences, Sidney Breedlove is on his way to making authentic rap music great again. He is also not afraid to give an ode to life with all its wondrous magic and that is why he whipped up a generously performed and addicting anthem, “Take It Low” that will be appreciated by anyone who likes to have a good time as it offers much-needed escapism from all the worries, uncertainties and crashing complexities the world brings along without as much as asking for our insight and take in it!

“Take It Low” is hot and intense and Sidney Breedlove really put his heart and soul into this performance playing upon the state-of-the-art recording process in a well-equipped studio to create a crisp, detailed, and moving track that will uplift you and put you in high moods throughout its length!

Depicting clever wordplay set to a colorful bed of support from the dazzling instrumentation that offers support to his commanding vocals, his matchless rap delivery as well as hook-riding versatility is destined to attract praise from music fans and critics alike. He has all the marks of a star and if anything, this track underlays his stage presence and is a huge testament to the inimitable level he currently is cruising. This track has been lighting up the stage this summer and fall with its unmistakable and remarkable energy from the start to the end.

The official music video is out and it is a cinematic attention-grabbing affair that takes listeners on a high-standard visual journey, especially with the tremendously choreographed dance moves. This visual stunner certainly takes insight into Sidney Breedlove’s creativity by demonstrating his ability to design cinematic magic to enhance his undefined sound and aesthesis. The video has so far surpassed 33 K views with the numbers projected to rise even further!

So what are you waiting for this is enough evidence that you should keep Sidney Breedlove closer as a favorite act. Follow him on the attached socials and add, “Take It Low” to your favorite playlist; follow the attached link, subscribe to his YouTube channel, and share this music with as many listeners as possible!