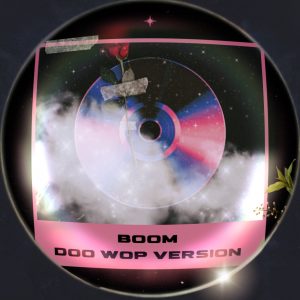 Heistheartist (He Is The Artist) is a musical genius who hails from Central Islip, New York. He was a secular neo-soul singer signed under “Bentley Records” where he went by his official birth name “LeeMann Bassey,” before converting to Christian, gospel, experimental and dance style largely in part due to the influence of TD Jakes online sermons which deeply motivated him and he saw himself in TD Jakes spreading the gospel and healing, nourishing and positively inspiring listeners through his music. Taking on his new role with the vestment melodic lining, his Christian tunes have been received with deserved acclaim with tracks such as “Boom (Remastered)” hitting #1 on the Christain/Gospel charts in South Africa. The future couldn’t appear brighter for this generational soul who will continue making an impact throughout the world with his transcendental souvenirs!

His latest single, “Boom (Doo Wop Version)” dazzles right from the introductory flavorful tune of the grandiose and delectable piano that fills the ambiance with dreamy motion manufactured by the pianist’s skilled fingerprints as the sound is instantly given life of its own; following Take 6’s Joel Kibble’s own breathtaking background vocal show in his sensual, smooth and stunningly blissful voice that ensures a listener is settled in and ready to take on the whole magnificence that ensues thereafter!

Eternal feels like something so incomprehensible and yet Heistheartist brings it to the picture with his extraordinary vocal performance that integrates with the crispy drum kits and the colorful bass rhythm to design pure melodic excellence that allows you the chance to dream of all the possibilities of love. There is something about this track in its sensual maturity and melodic reverberance that you can’t put into words. It is like it unlocks secret emotions and is so powerful to the point it makes you feel powerful.

The instant chills and the endless emotions tied to this track delivered by Heistheartist’s unique and intense vocals make the song so addicting. It is on a whole new different level and the only bad thing about this song is that it ends! It has come to my realization that I can’t live without this track at least 8 times a day! This is what music is all about and Heistheartist proves once again that he is a creator of endless vibe with the track having already amassed over 5.7 K streams on Spotify alone since it was released a few days ago!

“Boom (Doo Wop Version)” is now available on all the major streaming platforms and by following the attached link, you get to stream it, like it, save it as a favorite for repeated listening experience and share it with family and friends to relish in a soul ballad that has been genuinely written and passionately delivered!