A.R Tokin’s Blazing Single “CYBER CIPHER” Sits at the Touchstone of Trap Transcendence and Charted at #28 in the Top 40 UK Hip Hop Charts 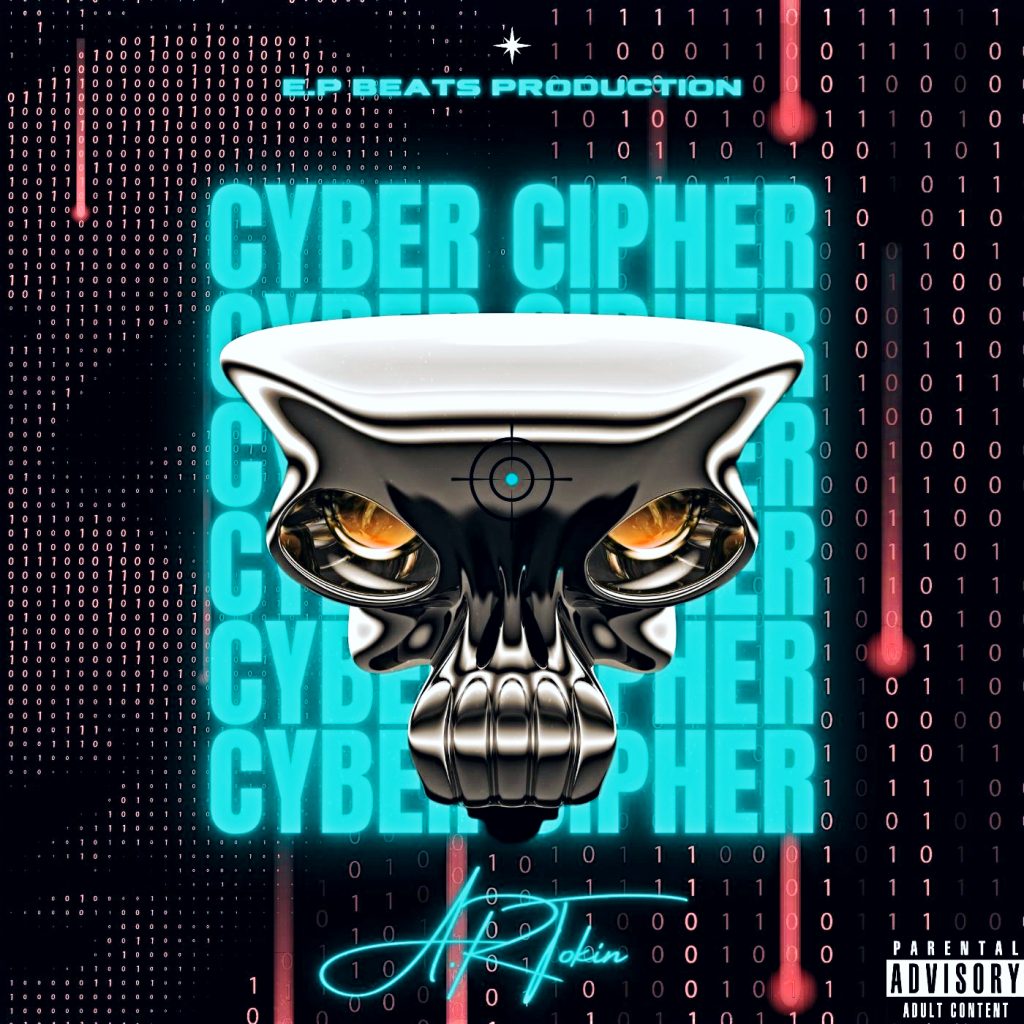 A.R Tokin’ has tried, failed, stood back up again, dusted himself off, and tried again; failure inflates fearlessness- it is simply impossible to live without failing at something unless you live cautiously that you might as well not have lived at all – in which case you fail to be the default. These are the words of J.K Rowling and nothing could be further from the truth. A.R Tokin’ who is the C.E.O. of A.R Tokin Entertainment has experienced the good and the ugly side of life and has almost seen his life crumble in destitution but the music was there as the last hope and helped him to his feet he, became alive again and his success journey takes off from there. He did not immediately set off and had to make his way across some crocodile-infested rivers and went back time and time again, honing his skills until he was able to navigate through the waters and come out of the other side unharmed!

So many doubted him including those he thought to be his friends but he never allowed the mighty goliaths of ambition and the massive behemoth of imagination within him to be abducted by the tiny cowards of “what if he got rejected?” and “They are probably right, he cannot do this!” He had just two options; to allow himself to become paralyzed by the fear of rejection or to go out there and astonish the world, he chose the latter and it is why his Spotify channel boasts of over 17, 400 monthly listeners and his popular track “Cyber Cipher” charted at#28 in the Top 40 UK Hip Hop Charts.

“Cyber Cipher” manifests dreams into reality while giving hope to the hopeless that every ending marks a new beginning and all we experience happens for a helpful reason. We must always trust that life has got our backs even if what is unfolding makes no sense! Throughout the track he details in rap fashion the pain of everyone he ever loved going away, surviving where no one else could, and encourages through the explosive instrumentation for a listener to follow their dreams, does their craft which will require work and patience and ceaseless steady practice- but eventually, everything will pay off!

The tune is escalated to higher grounds with the speaker-thumping and deep-phased basslines, the atmospheric beat synths, patterns, claps, and the explosive trap drums and 808’s which immediately take listeners into an intimate trap space and grounds their expectations for the tune in the realm of trap and hip-hop! The rap supremacy displayed by A.R Tokin’ captures your attention from the intro to the outro as you put the track on loop to vanish in its explosion all over again. Follow the attached link to join in the vibe of this trending track which is out on all platforms!