Black Militia, a Triple Threat, Whizzes Lyrically Over Beats in Their Scorching Hot Anthem “The Weekend.” 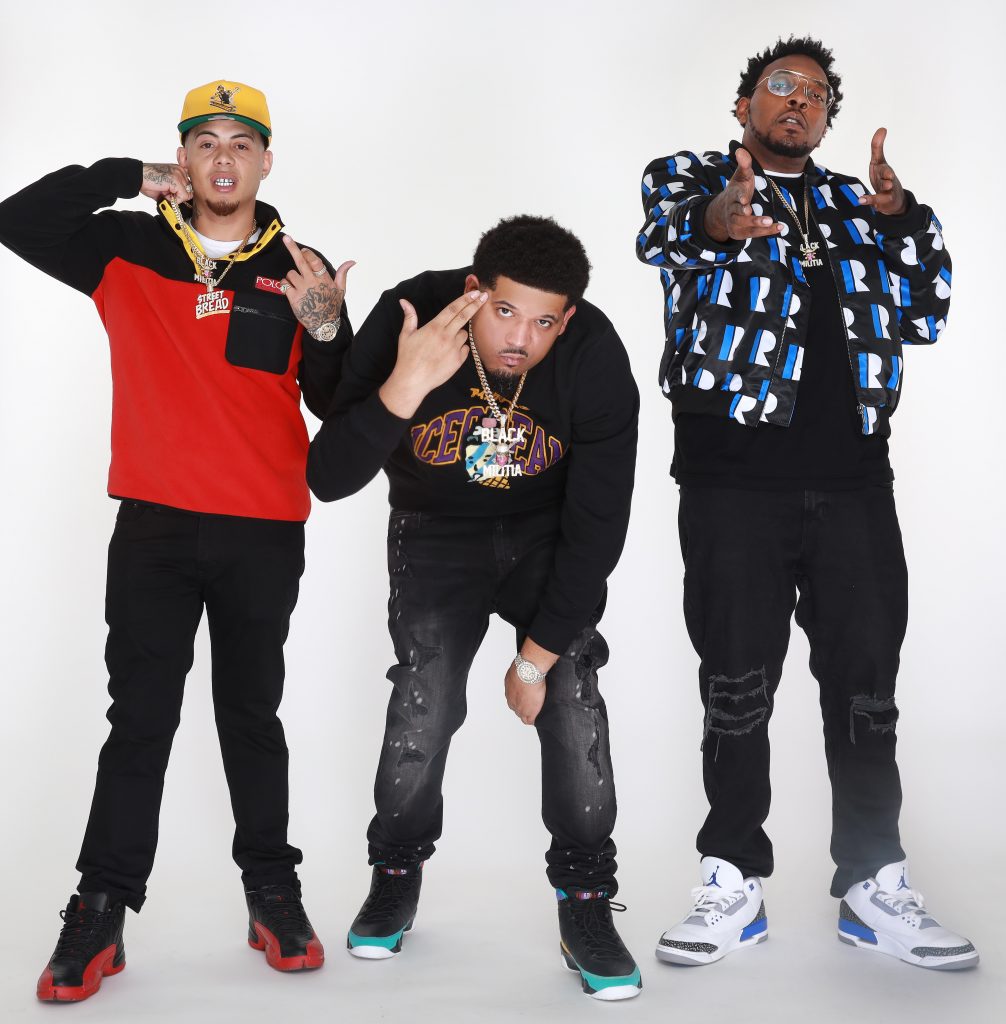 Coming from a small city of Lake Charles in Louisiana that is always bustling with activities is the rapper, business entrepreneur and CEO/owner of the rap group Black Militia, XO. He started out as a solo rapper and has even collaborated with celebrated acts such as Rick Ross, Killer Mike, Pusha T and numerous others. Coming through as the first artist to release his music online in Lake Charles, he inspired a lot of people- one being his own cousin Ace Luciano and while they continued pushing their sound out there together, they met another street rap majesty, Yung CEO and it was from this that the group Black Militia was formed!

They have an impressive catalog with groundbreaking releases such as; “Hit A Lick”, “For A Bag” and “Rolie” and the artists having been releasing solo projects under Black Militia INc. entertainment. The world is now about to be treated to the three of them under one devastatingly conscious rap album, “No Friends” that is in its final touches. Here, you will experience, uniqueness, dynamism, versatility and exceptional flavor from each of the members all blended together for that culturally rich sound- you really can’t make this stuff up!

Just to understand the scale of the sheer level of musicality we are on about is their February 2022 release “The Weekend”- a certified banger from head to toe. Explicitly seductive and melodically deep, this flavorful jam is exactly what you need on a weekend inside that smoky nightclub in Houston!

You might have given up on drugs but this mad tune will get you high! Here you take a front seat and experience greatness to unfold in flesh and blood as all three rap masters own their moments and deliver killer rap performances- complementing each other and the beats in staggering fashion in what will have you pushing the play button to start the tune all over again as you get submerged in its striking melodicism and lyrical ingenuity!

The music video is exactly as you imagine it; explicit, high visual quality, and cinematic- giving an ode to the theme with a bevy of beautiful vixens and other eye-catching raw scenes that have been blended with proficiency getting a listener on the edge of their seats- what a quality and stupendous production! It is no wonder the video has garnered over 52, 270 views in such a short period!

To enjoy this fascinating rap masterclass; follow the attached link, subscribe to the YouTube channel, watch the video, like it, save it as a favorite, and share it with hip-hop lovers. Don’t forget that “No Friends” is about to be dropped and you don’t want to miss such a rap party- do you!

Keep Up With Black Militia and Their Journey on: