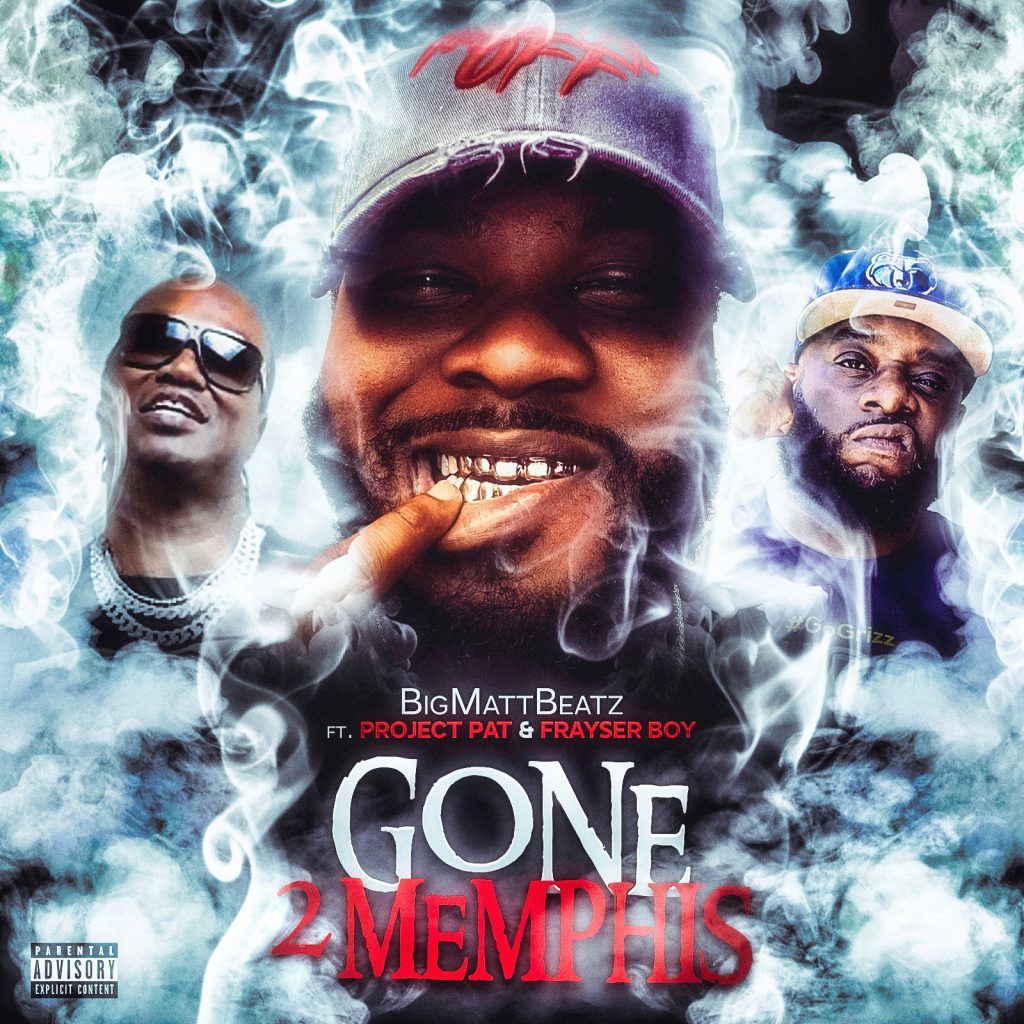 A big Three six mafia fan; BigMattBeatz is just about the next big thing in the rap industry. He is a master of his own domain bringing the southern and west-side cultural vibe in his own versatile ways with the way he is able to mold his beats to integrate the modern hip-hop sound and also mirror the old school 90s feel so that all the hip-hop generations feel represented.

He is not a newbie and has been in the game for close to 5 years seeing that he started way back in 2016 and has been consistently evolving and taking his sound to the next level. He is not only a producer of those certified beats but is a damn gifted lyricist, singer-songwriter, and a whizz mix master and sound engineer who knows how to convert beats into bangers!

Behold, for he comes carrying a gift in rap anthem titled, “Gone 2 Memphis ” that is scheduled for May 30th release. Now, if you have ever listened to Nicki Minaj’s “Only” featuring Drake and Lil Wayne- then you might get this feeling- BigMattBeatz invited his fellow rappers Project Pat and Frayser Boy and you really don’t know who to pick as a favorite as they all deliver like the world is ending tomorrow!

This is what makes rap thrilling as the guest appearances outdo themselves and give a performance for the books! BigMattBeatz owns his moment and reminds listeners why he carries such a big name with some hefty flows that cruise through wordplay and rhyme scheme over the blazing beats to ensure a listener pushes the repeat button more than enough times!

This accomplished master from Maryland knows when to build upon a beat and this is such a moment; this is a commercial hit and is no different from what you get from those Billboard charting tunes. This is BigMattBeatz’s stomping ground and the playoff is set to happen on 30th May 2022. You better not miss out!

Keep Up With BigMattBeatz on:

Swiftly Emerging Texas Based DJ and Producer Glitch Beats Is Back With Another Stimulating Single Dubbed, “Night Ambience”