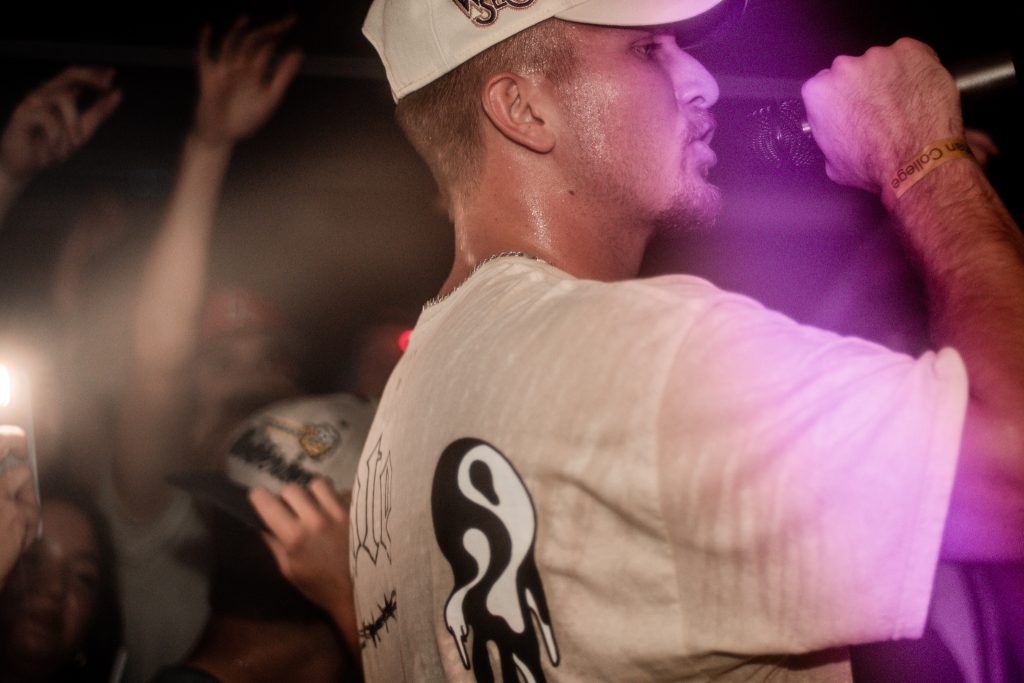 Austin Kenyon was born and raised in North Carolina. This independent recording artist released his first song on Spotify in 2020 and since then it has been a meteoric rise to stardom you may be forgiven for thinking he had the luxury of professional backing from record labels- well that’s not the case; he started making music in his dorm room while in college and in his bedroom during college breaks. We are now talking of an artist who has been able to attract a huge following; his Spotify has over 25k monthly listeners and his songs have collectively amassed millions of streams on Spotify alone. Austin Kenyon is not really one to limit himself as he chooses to utilize his artistic freedom so as to make genre-defying music that has been deservedly acclaimed by loyal global enthusiasts who keep sprouting in their numbers.

Making a decorated entry to the music space, Austin Kenyon has a new straight favorite dubbed, “INERTIA” and as you can probably guess from that unique title, this is a transcending masterpiece in genre improvisation!

Austin Kenyon goes all in on this performance and I appreciated how the track is allowed patience in the build-up with the artistically restrained vocals glowing and growing from a reasonable melodic distance and continually ascending; culminating in a fiery vibe that feels like magma erupting from a volcano!

The emotional relatability here is quintessentially emo-inspired and the luxuriously stylish beats have added the spark of rock and the familiarity of rap for a spectrum of quality sound. Austin Kenyon breathes life into the narrative with his commanding, raw and emotional vocals that adopt consistent rhythmicity to allow him to set the lyrical tone for this banger!

The track pulls a listener into an emotional stupor with the catchy, memorable, and haunting pre-hooks and hooks- the way they are delivered certainly leaves nothing to be desired. The way Austin Kenyon strikes a perfect detail with his singing and equally rapping style should be studied in music schools.

“INERTIA” is now out on all platforms and you can stream it by following the attached link. While at it, brace yourself for Austin Kenyon isn’t done with you just yet; he has another hypnotic banger dubbed, “Damaged” expected on October 7th this year- there is nowhere you’d rather be!