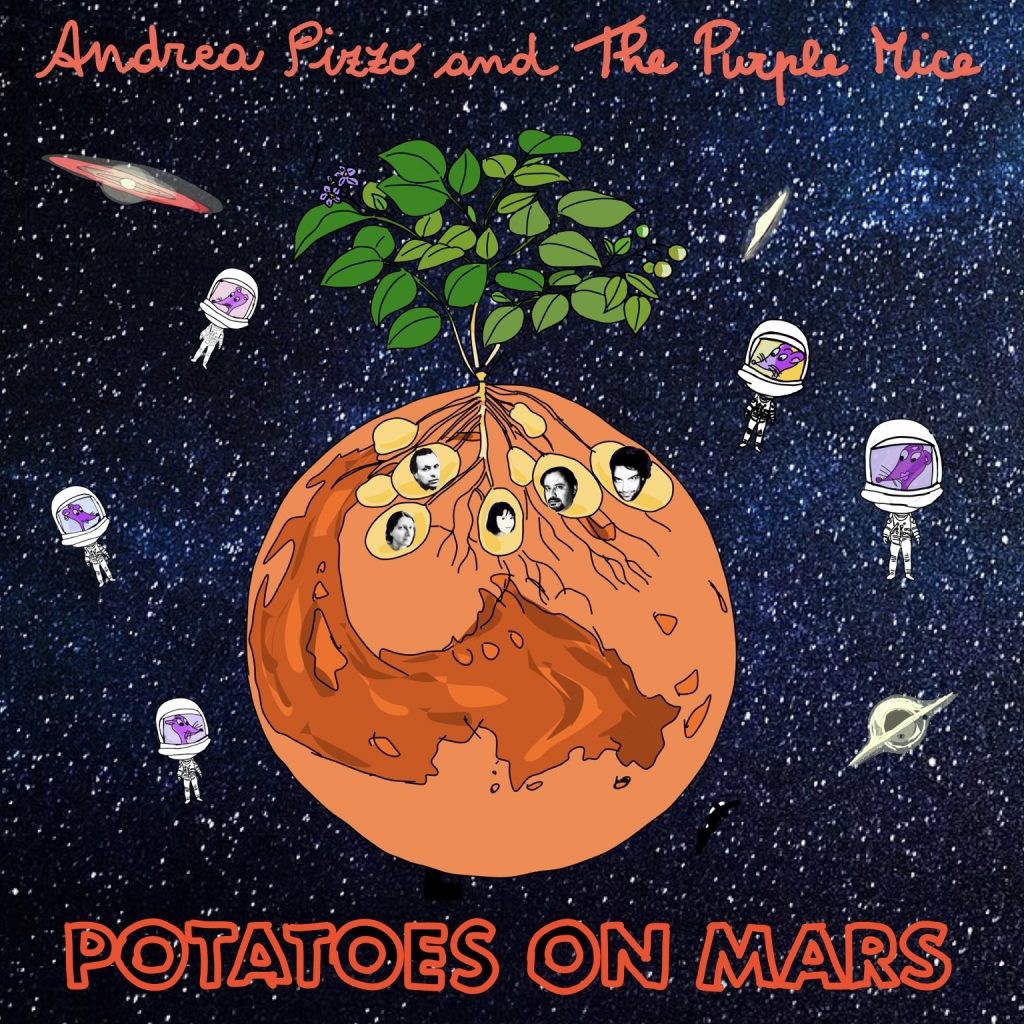 The Purple Mice is made up of a collective group of artists who started to work together on a musical project around Andrea Pizzo’s voice and his idea to create a concept album about the universe and some human deepest dreams. The collective is made up of Andrea Pizzo and Raffaella Turbino who are married and live in Genova with their daughter Maria Elena who also helps to make real their artistic work, Riccardo Morello and Roberto Tiranti whose musical ingenuity and proficiency help add that sense of authenticity, vibrancy and deep feel to their songs.

Taking on the realm of space through the Galaxy of the planet and seeking to echo sounds of major scientific evolution through birth all the way to civilization and technology, The Purple Mice are here with a stunningly innovated 11-piece collection titled “Potatoes on Mars”. This musical odyssey starts from space through the earth and explores the planets of the solar system reimagining the voyage through the Galaxy and Universe. From here the moving meditations of time through the scientific birth all the way to a distant future permeated by humans with divine capabilities are toured and they make their mark in melodic fashion on the phenomenons of the evolution of civilization via the technological route. You are now cruising over 10,000 feet above sea level- enjoy the rollercoaster ride!

To give you a front-row seat on this journey is the space rock tune “Keep on Searching” which is brimming with exceptional rock attitude and authenticity from the head with its cinematic glow endearing itself to a listener instantaneously. There is striking power behind those soaring vocal performances that engage in imposing give and take. Roberto in this instance exposes himself as a keen guitar aficionado with the speed-infused melodic flourishes and wildly expressive string blends filling the tune with epic awesomeness.

The collective display serious tasty guitar and drum playing which help inject the tune with that extra bit of flair and a deep sense of rock spirit! This is just a piece of the puzzle and to get the whole of the complete sequence; you have to follow the attached link and join the station, fasten the safety belt, and dive into the explorative musical space!

​Catch Up With Andrea Pizzo on: